The 21 essential things to see and do in San Francisco, the most European city in California 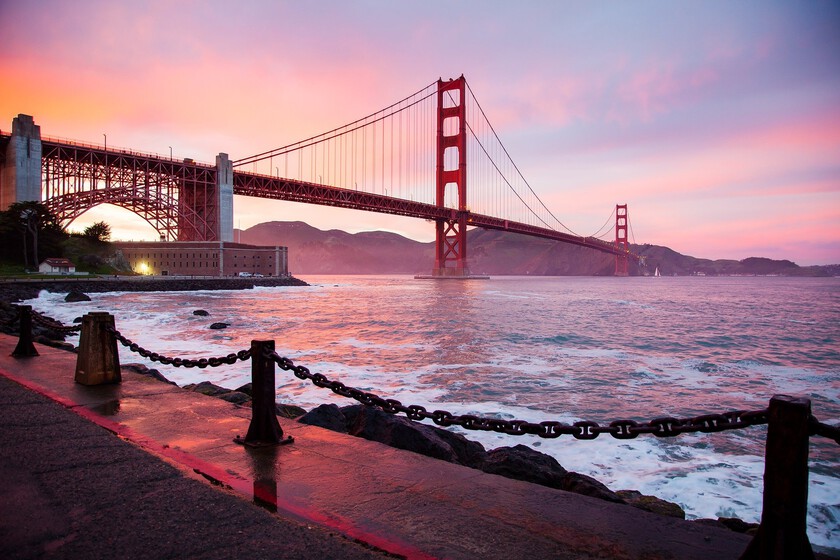 Let’s continue with our desire to get to know the corners of the United States and today we are going to move to one of the sunny states. Although we already passed by there when we did our roadtrip, today we are going to stop at the 21 essential things to see and do in San Francisco, the most European city in California.

In addition to the most well-known attractions and monuments, it is a city and an area full of wonderful corners to visitAs the Golden Gate Park or with experiences like getting on one of its trams. It is the possibility of feeling in a movie or a series. One piece of advice, San Francisco is California but it’s always quite cool, so bring a jacket. 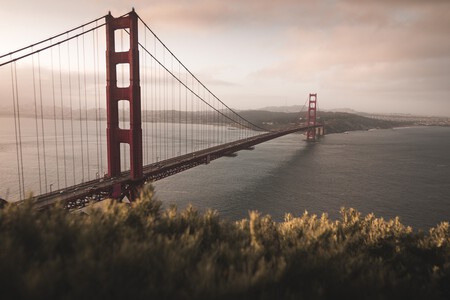 The most visible image of San Francisco is and will always be the Golden Gate Bridge. This huge suspension bridge that connects the San Francisco peninsula with the Sausalito peninsula was inaugurated in 1937 and is 1,280 meters long and is suspended from two 227-meter-high towers. There are six lanesthree in each direction of travel, plus one for pedestrians and one for cyclists. 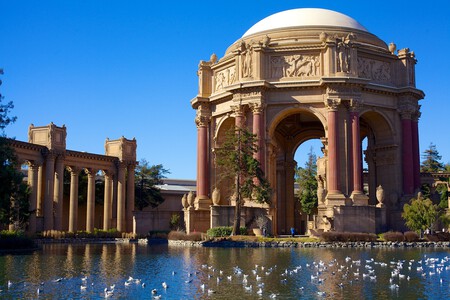 Palace of Fine Arts, in Presidio

Presidio Park is in close proximity to the Golden Gate Bridge, on the northern tip of the peninsula. Its name comes from the fact that it was precisely a fortified area built by the Spanish. A part of its management belongs to the government and another to National Parks. Within its boundaries is the precious Palace of Fine Arts. 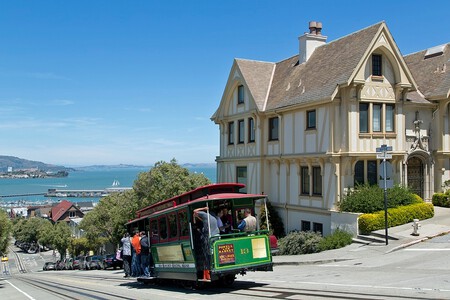 Another of the idyllic postcards of San Francisco is to climb its slopes in one of its tram lines historical. Right now there are only 3 lines in operation and, without a doubt, you have to catch one and, if possible, reach one of the ends to see how they flip it. If you also want to know more about this means of transport, you can visit its museum. 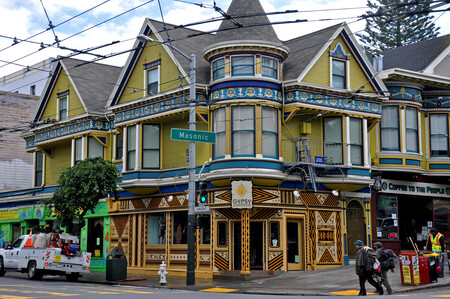 The hippies, the flowers in the hair, the counterculture of the 1960s and before that the beatnikslead us directly to Haight-Ashbury, its epicenter. The neighborhood takes its name from the intersection of the Haight and Ashbury streets. After a decadent period it has regained its color and joy and it is wonderful to walk through its streets. 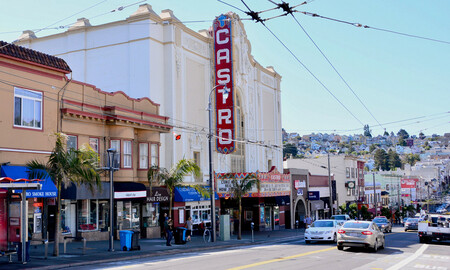 Continuing with famous neighborhoods, it is a must Castroa neighborhood with a great history for its LGBTI movements. Castro rose to fame as a gay center epicenter after the Summer of Love at Haight Ashbury in 1967. The name receives it from the Castro Theater, which is on the corner of Castro and Market streets. In the 1970s, he opened a photography shop there. Harvey Milk, who would become the first recognized homosexual to hold public office. It is a cheerful neighborhood, activist and perfect for walking. 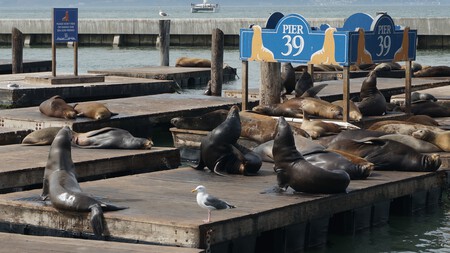 Fisherman’s Wharf is another of San Francisco’s tourist attractions. The old fisherman’s wharf is now a lively open mall filled with shops, museums, and restaurants. It is the perfect place to eat very fresh seafood and the specialty of the area: Clam Chowder (clam chowder served inside a bread roll). There is also the famous Pier 39 in the sea lions where you will see a lot of sea lions doing their favorite activity: sleeping in the sun.

Civil buildings in the USA are always a must see. The San Francisco City Hall is an imposing style building Beaux-Arts built during the so-called American Renaissance and it replaced the previous one that was completely destroyed in the 1906 earthquake. It can be visited and it is a real palace full of gold and statues. 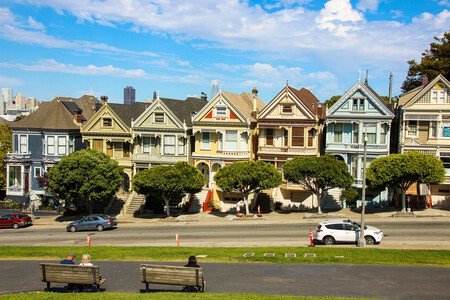 you are beautiful Victorian houses made of wood and painted bright colors are known as Painted Ladies, and are one of the most photographed images of San Francisco. The perfect view is obtained from the park of Alamo Square. 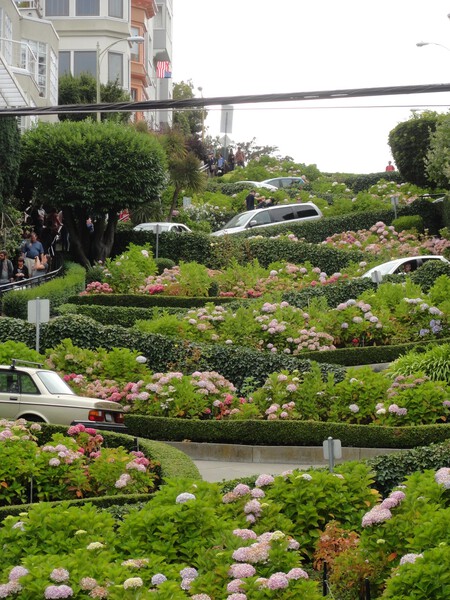 The crookedest street in San Francisco (and maybe in the world) is lombard street. One of those typical hilly streets of the city but the road goes down doing eses between cheerful vegetable beds full of flowers. For those who do not dare to go down it with a car, there is always the possibility of walking down the sides on a mixture of slopes and stairs. 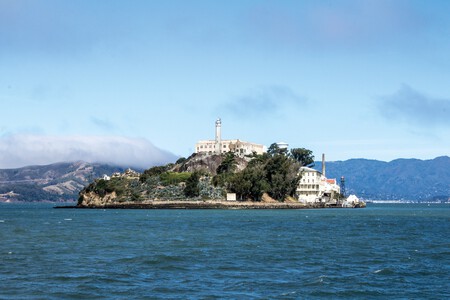 The San Francisco Bay has an island that everyone knows. Alcatraz Prison is visible from everywhere and is there almost within arm’s reach, but far enough away that it would be (almost) impossible to escape. The prison ceased to be used in 1963 and today it is one of the most visited attractions in the country. One of its most famous inmates was Al Capone And if you want to go prepared for the visit, you can always see ‘La Fuga de Alcatraz’ or ‘La Roca’ before you go.

The third most visited park in the country is the Golden Gate Park. They are 4.12 km² and have a rectangular shape, like Central Park but 20% larger. It is full of attractive corners, such as the japanese gardenfull of bonsai and pagodas, or the dutch millor the shakespeare garden, where the flowers that he mentions in his works are planted. There is also an area where they have a buffalo reserve and two of the most important museums in the city are here: the California Academy of Science and the Young Museum. 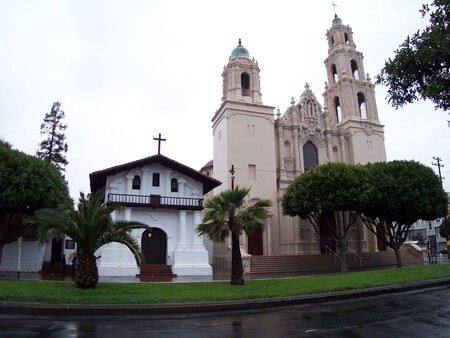 In California there is 21 Missions founded by Spaniards. One of the best known is Mission Dolores, located in San Francisco in the district of the same name. The San Francisco de Asis Mission (its original name) is the oldest intact building in the entire city (1779) and the only one of the 21 that remains unchanged. At his side there is a burial ground containing the remains of the natives who helped build the mission, and other personalities. The Basilica is from 1918. 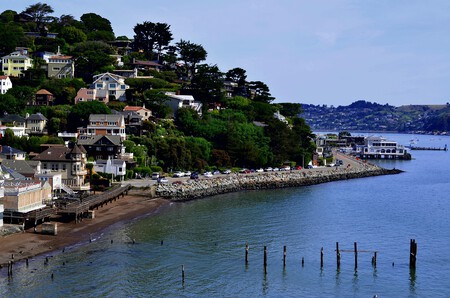 Across the Golden Gate Bridge is the beautiful Sausalito, the perfect place to go for an afternoon stroll. Many people decide to go bike across the bridge and then take the ferry back. Small fishermen’s houses and houseboats interspersed with fairytale mansions. 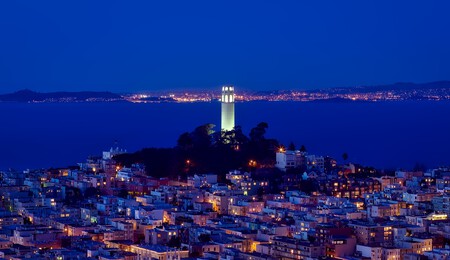 On Telegraph Hill is the Coit Tower, an emblem of San Francisco since it was completed in 1933. From its observatory (there is an elevator to go up) you can have a 360º view of the entire city and the bay and inside there is also a cafe. 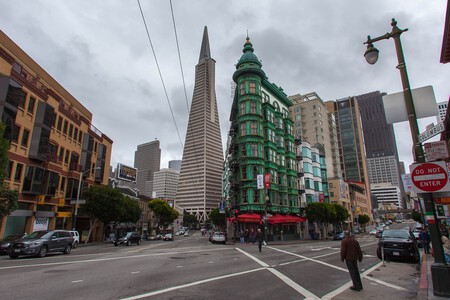 One of the most characteristic skyscrapers of San Francisco is the Transamerica Pyramid, which for many years was the tallest building in the city, 260 meters high and shaped like a pyramid. It owes its name to the fact that it housed the headquarters of the Transamerican Corporation.

11 European destinations to travel to this coming spring 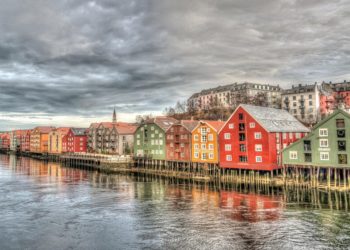 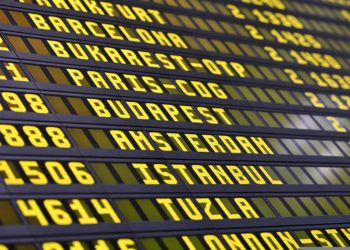 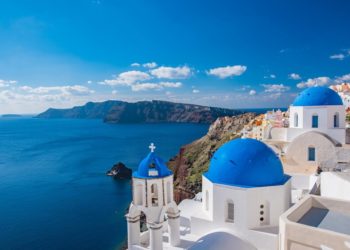 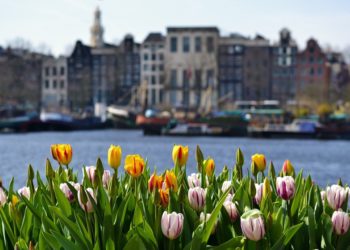