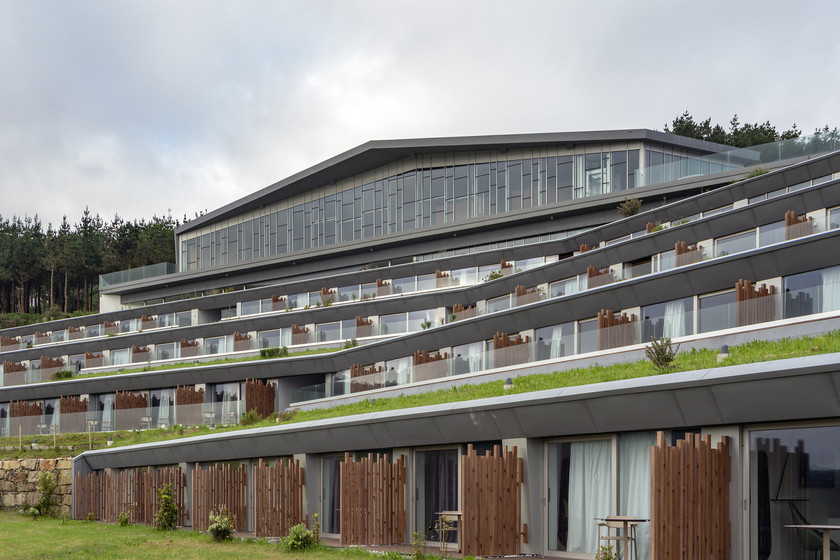 The Paradores Network remains open with all its security measures and more enthusiasm than ever. He joined the existing ones a year ago the Parador da Costa da Morte, the window to the wildest sea in Muxía And since then, despite the inconveniences of living in a pandemic, it has always maintained a very high occupation.

Camouflaged in its surroundings the new parador (number 98) was the great promise made to Costa da Morte and Muxía in particular to revitalize some coasts hit by the Prestige disaster. It was a bit late, but in all its glory. Let’s get to know it a little better and see if we open up the desire to visit Galicia.

Camouflaged among the landscape 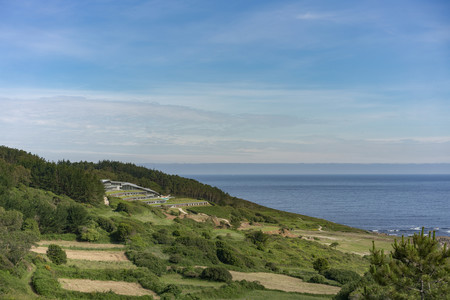 The Parador de Costa da Morte is located in a plot of 128,000 square meters on Lourido Beach, on Muxia, a short distance from Cape Fisterra, “The End of the World” and the end of the natural extension of the Camino de Santiago. The architecture of the new parador was conceived for the enjoyment of the environment from all its spaces. The author of the original project, the Galician architect Alfonso Penela, devised a building built on terraces on the hillside with a very special focus on caring for the environment and respect for the environment. When the visitor approaches the parador there are moments in which the construction can no longer be seen because the green roofs confuse it with the landscape. Its stepped shape adapts to the unevenness of the terrain, integrating it into the orography. To save the slope of the terrain two new panoramic elevators have been installed that move diagonally. 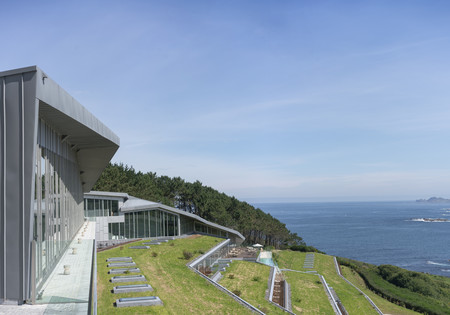 There are 15,000m2 of living space inside the building. To which are added three hectares of land that reaches the sea. Not in vain, since each room leads to different paths that end on the beach. The architecture is integrated into the environment: all the roofs are vegetal, except the upper one, where the glass, zinc and bamboo, beech and oak woods. It is a parador with 21st century architecture where the legends of the area come together, the history of the Camino de Santiago, the essence of Galicia, the Costa da Morte and the Atlantic.

The decoration is an extension of the Galician landscape 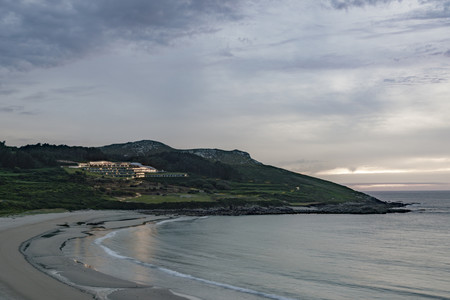 Its interior shelters 63 rooms distributed on different floors, all with stunning ocean views: 54 standard doubles, four adapted to clients with special needs and five suites. The Galician company SUTEGA has been in charge of filling the rooms of the parador with life with a careful decoration. They called it the “Natura” project and sought breathe the environment, feel nature, the aroma of the sea and live its history. The different concepts, natural and cultural, of the nearby geography, especially Muxía, have been captured. Study the area and integrate into it, give soul to a place that is expected to be magical. 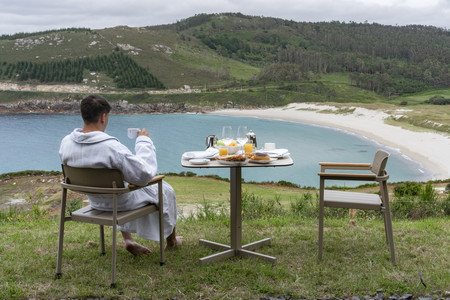 The decoration of each room is inspired by organic shapes, stones and vegetation. Timeless and simple designs, while welcoming that convey well-being and tranquility. It sought to integrate past and present, to mix quality tourism and the enjoyment of the wild nature of Costa da Morte. Staying there is learning about the history of the place, its legends and myths. 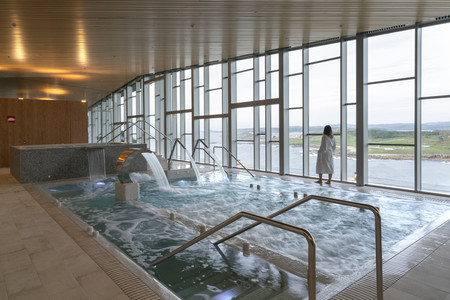 A Costa da Morte is present in every corner 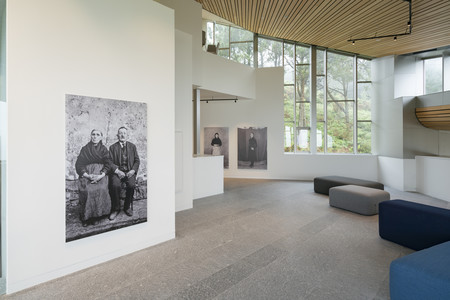 Each room has been baptized with the name of a place in the area whose location and legend are collected on a nautical chart. Also the plants that distribute the rooms of the new parador have their own personality with the names of the four estuaries of A Costa da Morte: Ría de Corcubión, Ría de Lires, Ría de Camariñas and Ría de Corme y Laxe. 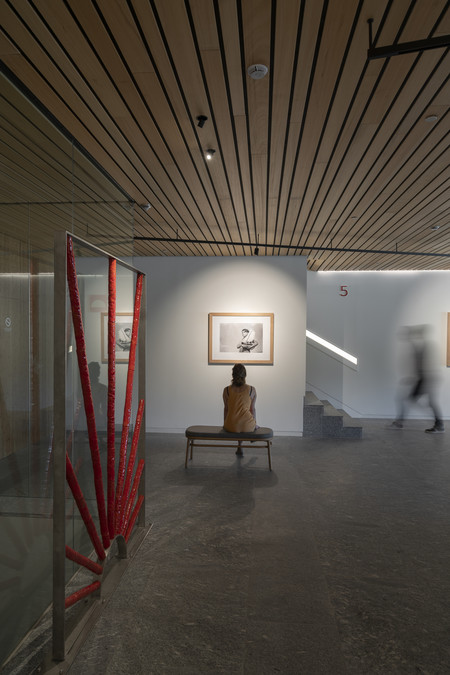 The new parador houses a interesting collection of Galician art with nods to the rich crafts of the region and to photography, both historical and current. Some of the snapshots capture the landscape of migration and the sentiment that it entails, since many Galicians were forced to look far away for a more promising future. Others bear the signature of consolidated Galician photographers of the last century. There is no lack of more contemporary photography, in which we highlight that Xurxo Lobato’s wonder of the sinking of the Prestige.

In the library you can find Galician literature where there is no shortage of writers baptized as Literary Battalion of Costa da Morte. The embroideries of Camariñas or the ceramics of Buño are reflected -in their most contemporary versions- in the careful decoration of the building.

The most sustainable Parador 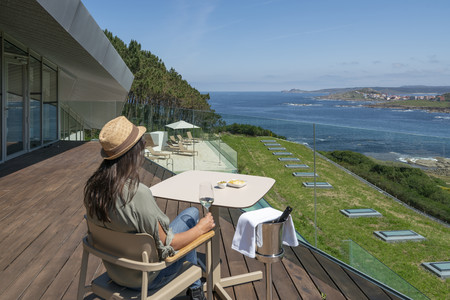 The Parador Costa da Morte has been conceived to champion the Paradores good environmental practices strategy. All the electricity you consume is of 100% renewable origin and your rooms are free of single-use plastics. Plastic cups, bottles, cutlery or straws are not used in both the cafeteria and the restaurant. It will also feature solar energy to heat your outdoor pool and a composter that will allow the organic waste from the restaurant area to be reused as compost. There is also the cultivation of a vegetable garden on the farm of the parador, with native fruit trees. In addition, it will collaborate in the signaling of the Camiño dos Lighthouses that crosses the establishment itself, by means of panels with pictograms adapted to people with functional diversity. 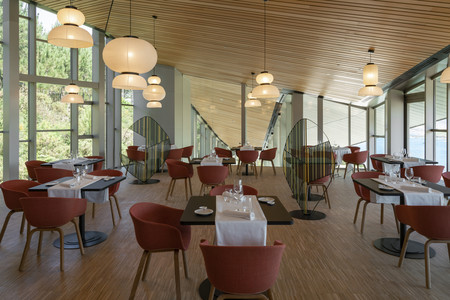 In Galicia it plays combine local gastronomy and traditional recipes with the best products of the land. If we add the ocean views from the huge windows in the cafeteria and restaurant, the recipe is perfect. Fish, seafood, vegetables … all from kilometer zero that comes from local farms and farms so that the visitor can taste the best of the area. We are also a land of wines and for this, special attention has been paid to the selection of the best wines. On its menu is the variety and quality of the five Galician denominations of origin: Rías Baixas, Ribeiro, Vadeorras, Ribeira Sacra and Monterrei. 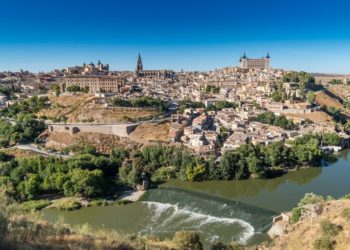 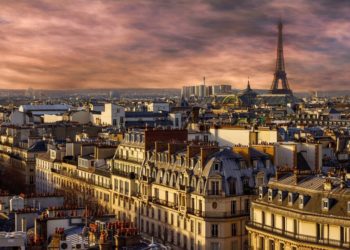 I do not know if it happens to you, but whenever a movie is located in the capital of France,... 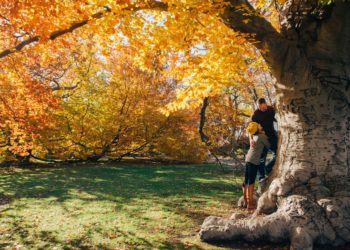 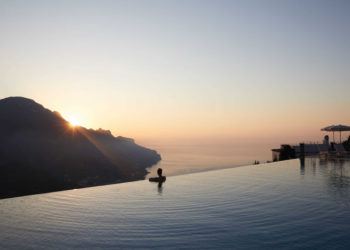 With the desire to travel and discover new landscapes, we fly today to three hotels with a vertigo infinity pool....