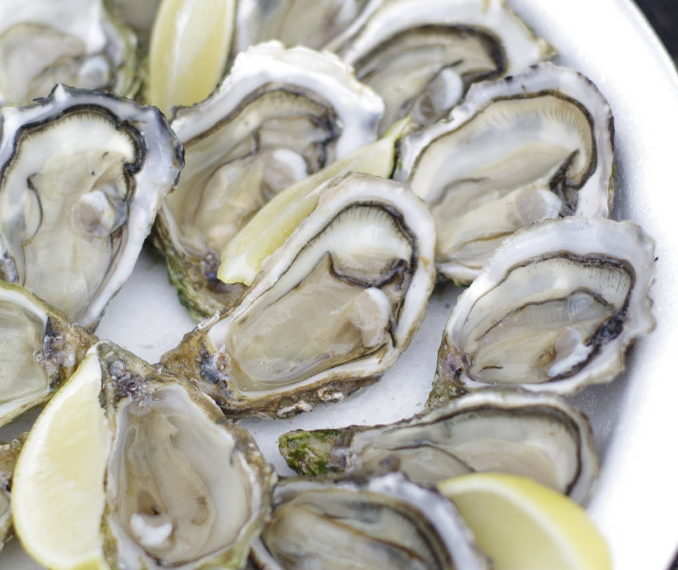 Frozen tea time at the Prince of Wales

You will probably have one or two trays on your party tables in a few weeks. What am I talking about? Oysters of course! I was not a big fan a few years back, I found today the pleasure of tasting these iodized bombs, especially since I live less than 1 hour from the Ocean! A few weeks ago, I had the chance to meet Agathe and Yannick and taste oysters from Arcachon – Cap Ferret! These two oyster farmers are among the “young kids” at the tip, because they have only been launched for 5 years. You can also find their oysters at Cabane 101, right in the center of Chartrons in Bordeaux!

How are oysters produced?

Did you know that it takes 4 years to taste an oyster? It is a long-term process that begins with “baby oysters”, which look like small larvae called “spat” which are placed on tiles coated with lime and sand. They are left alone for 6 months while they develop.

Once they have acquired a sufficient size, they are transferred into large bags placed on tables by the ocean which cover and reveal themselves to the rhythm of the tides. They will be in pockets between 2 and 3 years old! Unfortunately for oyster farmers, it is not enough to leave the oyster bags like this! They must be handled throughout the year to obtain quality oysters: turn the bags regularly, change them when the oysters are growing, clean them so that the oysters do not spoil …

Finally the last step before the sale is to collect the oysters. Then they will washed, sorted, calibrated, stored flat in baskets then put on sale for our greatest pleasure. The best is still to get them directly from the oyster shacks to promote direct sales when possible!

Why oysters in Arcachon – Cap Ferret?

Ideally located between the land and the ocean, the Arcachon Basin benefits from perfect natural conditions for the conduct of oyster farming! The temperature is ideal, for example : between March and June it is around 10 ° C, which promotes the reproduction of oysters, it is not for nothing that the region is leader in terms of number of births in Europe! Phytoplankton is also present in number there, as it is the oyster food rather, it’s a very good point! Finally, the Arcachon basin is a combination of fresh water (brought by the Leyre river) and salt water from the Atlantic Ocean, which brings a perfect salinity which is also found in oysters.

Given these conditions, it is not surprising that there are more than 300 oyster businesses, spread over more than 700 hectares of parks where between 7,000 and 10,000 tonnes of oysters are produced each year.

Recently, Arcachon – Cap Ferret oysters have been divided into two distinct ranges according to precise specifications to be respected for each one. Thus, according to their level of flesh, or even their shape they will be classified in the range “selection” or “tradition”.

How to recognize them?

High quality oyster from France with excellent organoleptic qualities and 6 weeks of ripening compulsory in the Arcachon Bay (so it may have made a living elsewhere). It’s then that it develops its very special taste and texture.

This oyster must necessarily have been produced from start to finish in the Arcachon Basin, from the collection of the fish to the merchant oyster. Born, raised and refined in the basin by a single producer.“

In short, a superb experience, which taught me a little more about oysters and the profession of oyster culture, thank you again to the agency Hello for the organization and Agathe & Yannick for welcoming us!

From the sea to my plate 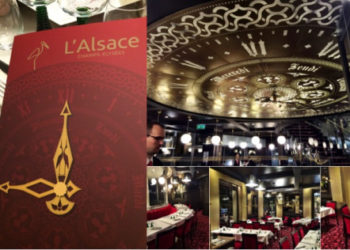 Going up the Champs Elysées, you can once again spend an evening in Alsace, since the reopening in early November...

Hello everybody, A few days ago I tested the Gazette restaurant, located in the 16th arrondissement. I knew Chef Julien,... 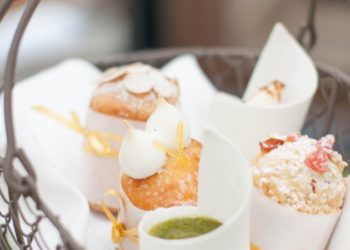 Frozen tea time at the Prince of Wales

Hello everybody, I had the chance to try the Prince of Wales Frozen tea time a few days ago. A... 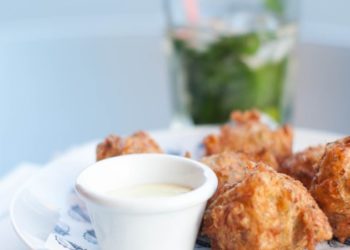 Hello everybody, It's still the weekend !!! (and yes it happens a lot faster when they last 3 days!) And...